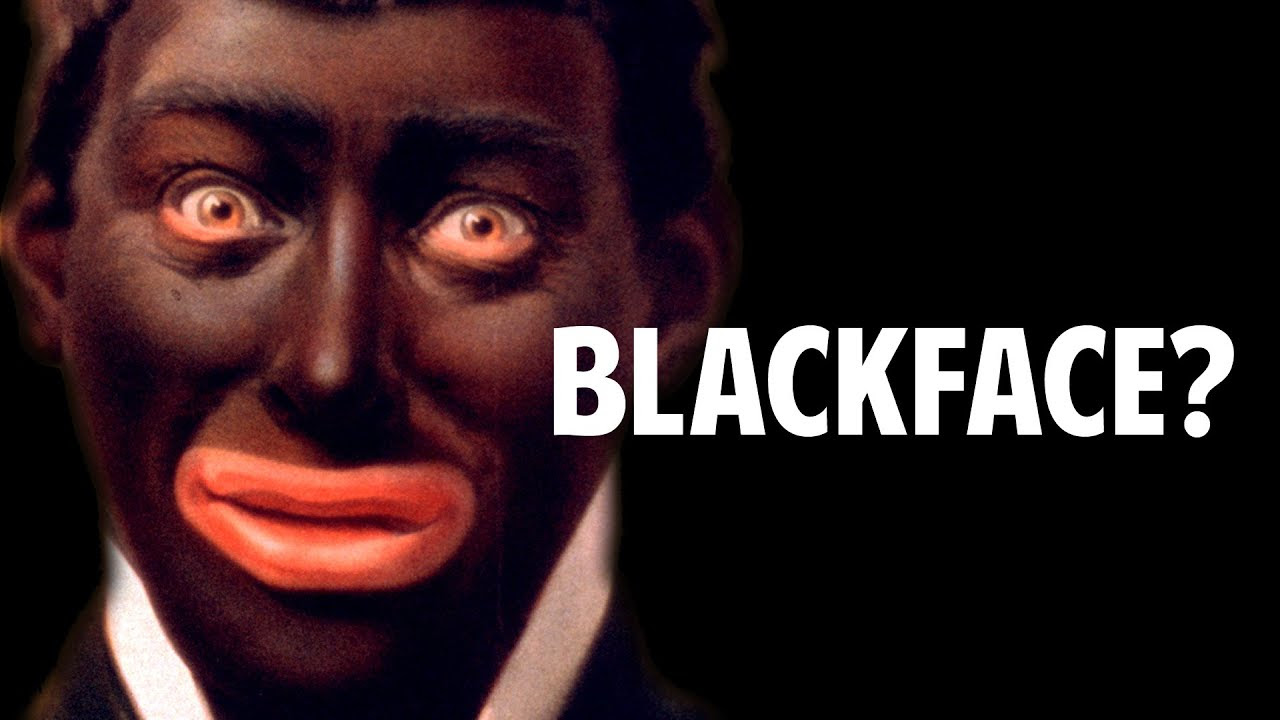 There’s been somewhat of a buzz in the media recently regarding fashion designs that appear to resemble blackface. Firstly, what is blackface? According to online definitions ‘blackface is a form of theatrical make-up used predominantly by non-black performers to represent a caricature of a black person and is now generally considered offensive and disrespectful.’ Secondly, why is it such an issue? Well, the practice originated in 19th century America (at a time when racism was prevalent) and used satire to ridicule and feature exaggerated and inaccurate caricatures of black people. For those that consider blackface as harmless fun, the history behind the practice is far from harmless and is laced with demeaning and discriminatory stereotypes. Also for those that continue to insist on using blackface for ‘fun’ even when black people have expressed the issue, it puzzles me why out of all the different ways we can have fun and express ourselves, there appears to be an enthusiastic eagerness and stubbornness when it comes to using blackface.

I’ll just leave the picture below here to illustrate the unnecessariness of using blackface for fun: 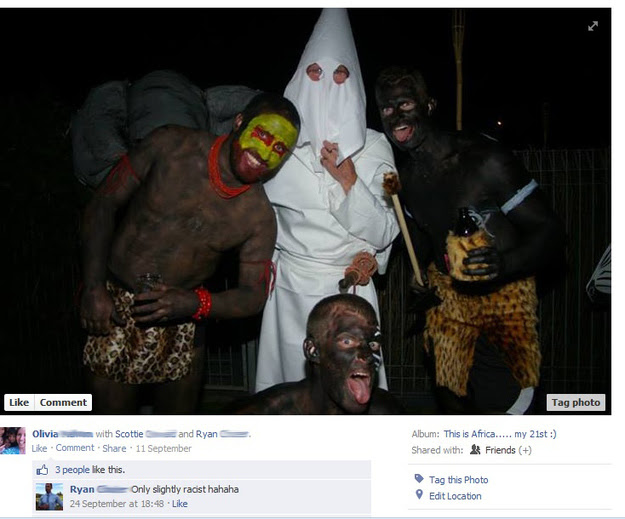 Now it’s easy to go off on a tangent with blackface as there’s so much to the topic, however this post is specifically focusing on the fashion industry issues that have cropped up recently.

To name a few, the Italian cosmetics company that named it’s nail polish shade ‘Thick As A Nigga’, musician Katy Perry’s questionable Shoe Collection within her fashion line, Moncler’s Shady Jacket, Prada’s Distasteful Figurines and of course that Gucci Sweater (note this is a non-exhaustive list). For those asking, I wouldn’t buy any of these items anyway as they’re not really my style…. and each of the designs below in my opinion bear a clear resemblance to blackface – so how did these brands not realise this? 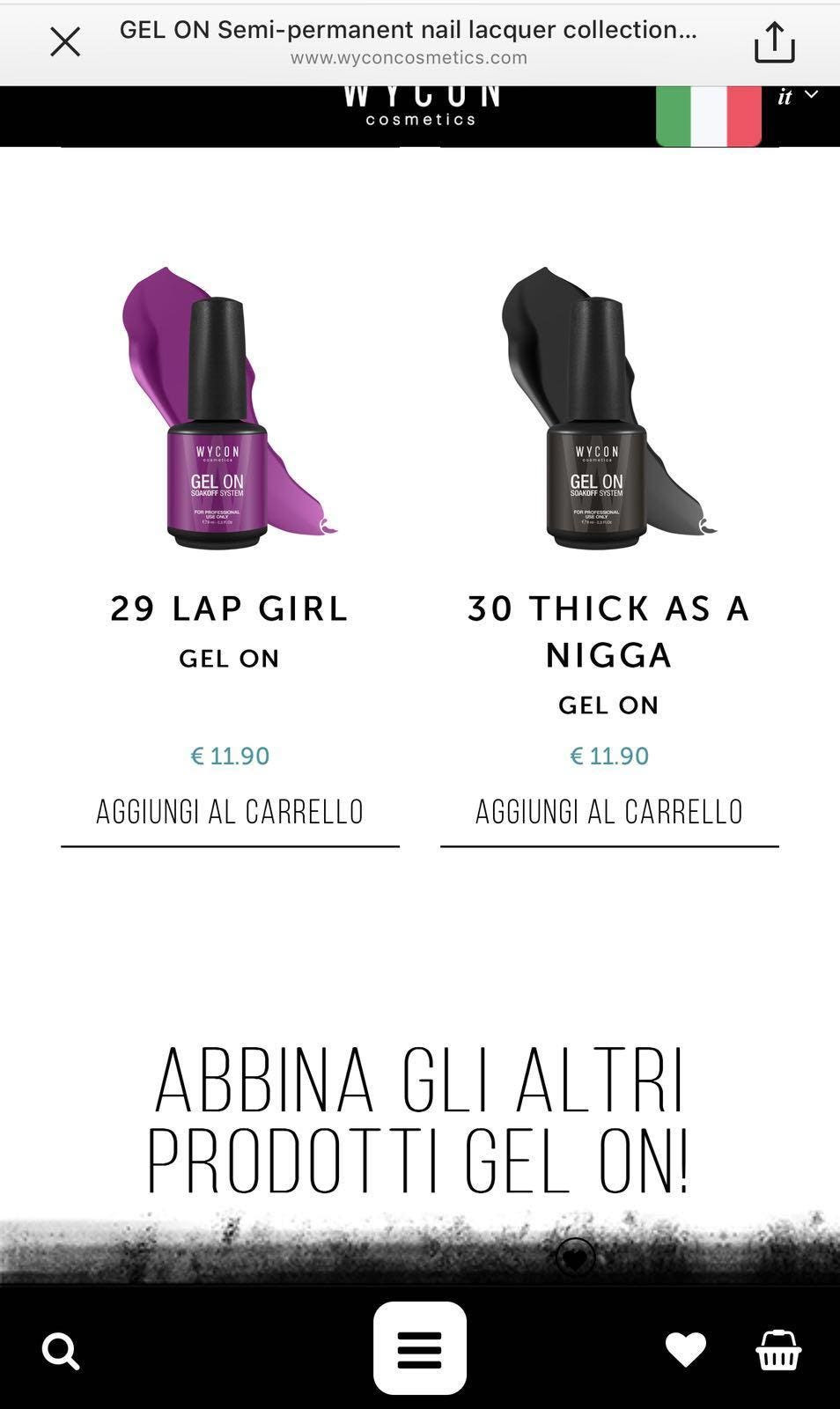 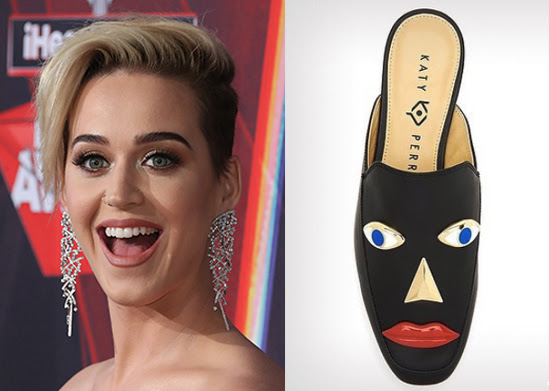 Fashion is undoubtedly an expressive form of art and we shouldn’t necessarily police what fashion designers can create, but it’s almost as if there’s a domino effect amongst brands and a tried and tested formula.

With the repetition and lack of originality it begs the question, how many of these incidents are genuine mistakes? Surely if one popular brand makes a decision which is criticised, other brands in the same industry take note and actively take preventive measures to ensure the same does not happen to their brand. Perhaps these brands are in actual fact not making ‘mistakes’ and ‘oversights’ but deliberately making faux pas decisions that they know will generate extensive media coverage and attention. As some say, any press (whether bad or good) is good press, as this raises publicity and awareness of the brand, even if only for a short while.

Now we cannot for sure determine the intentions and whether or not there is an ulterior motive, but I hope that another controversial incident doesn’t happen in the next week – because it does begin to seem somewhat deliberate.

Moving forward, I would suggest that we don’t fall victim to some of these incidents which may well be publicity stunts, rather than the media outcry and campaigns to boycott these brands, we should pay less attention to these incidents. Also boycotting brands will not resolve the underlying issue. I don’t suggest we ignore the issue completely, however rather than focusing extensively on the incident, we should try to limit the amount of time and energy we spend on the negative and focus on the more positive campaigns which are actually in the media. A recent example is the excellent initiative I Am Not My Stereotype which challenges the general stereotype of ‘the black man’ and the negative connotations and stigma attached to the cliché image.  The initiative celebrates the different success stories of 56 black men and should definitely receive more attention than the outdated use of blackface!

NB: This was a difficult post for me to write and I really lamented on the topic for some time before putting pen to paper, as I don’t like to overplay the ‘race card’ (which we discussed in detail in a previous post), however calling out ignorant things that do occur and having a wider discussion is not playing the race card, and as my good friend Paula mentioned in an earlier post we shouldn’t walk on eggshells. 🙂